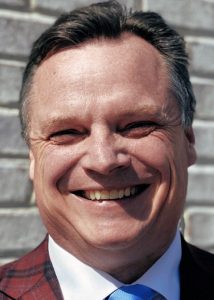 Rev. Arant will succeed the Rev. Ken Nelson, who has served in the position since 2014 and has been appointed as the superintendent of the Orangeburg District, effective June 24.

Rev. Arant was born in Columbia, South Carolina, and graduated from Wofford College in 1991 with a bachelor of science degree. Rev. Arant was ordained in 1999, after graduating from Erskine Theological Seminary in 1997 with a master of divinity degree.

In addition to Rev. Arant’s work in local churches, he has served in many ways, including the past 12 years as a member of the Conference Board of Ordained Ministry. He also has served on conference committees on the Annual Conference, Congregational Development and Nominations; on district committees on Ordained Ministry and Congregational Development; on the Wesley Commons Board of Trustees; and as a delegate to two General Conferences and one Jurisdictional Conference.

Rev. Arant is currently serving as registrar of the Board of Ordained Ministry and on the Conference Committee on the Annual Conference.

Rev. Arant is married to Melissa Booth Arant. They have a daughter and two sons. He enjoys CrossFit training, cooking and traveling with his spouse.