Africa University at 30: “Living the dreams of those who came before”

The South Carolina Conference’s special relationship with Africa’s only United Methodist-related institution of higher learning reaches back before 1992, when the first class of 40 students began their studies. So, it was only fitting that two dozen South Carolinians made the 8,300-mile trek to Mutare to share in the joy and help envision an even brighter future for Africa University, its students, and the people of Zimbabwe and Africa as a whole.

“Today, we are living the dreams of those who came before,” Bishop Holston said, preaching during the 30th Anniversary Thanksgiving Worship Celebration Service. “Even as we celebrate the past and see the present transformed, the future of Africa University is in the hands of an innovative, compassionate and committed new vice chancellor. Now we begin dreaming of the next 30 years at the ‘The School of Dreams in the Valley of Hope,’ trusting, believing and knowing that God is with us.

“In South Carolina, our state motto translates as, ‘While I breathe, I hope.’ Here in Zimbabwe, in the ‘Valley of Hope,’ we celebrated 30 years of a dream made real. This parallel is not simply a coincidence of wording, it is further evidence that we can do so much more together than we could ever dream of doing apart.” 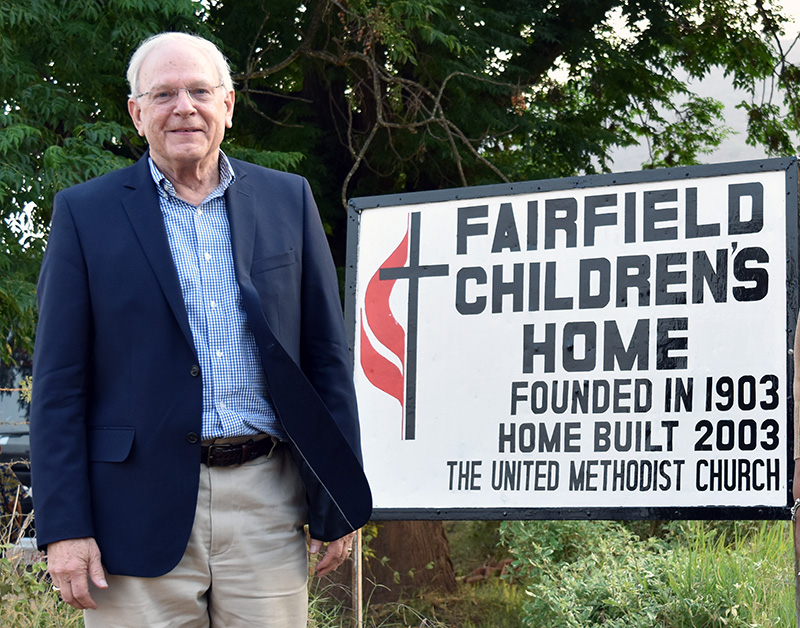 “This is a gift of hope for the children of Zimbabwe,” Rev. Holler said. “It is an amazing thing to think about what $800,000 means here in Zimbabwe. Here, that money can do the equivalent of what $8 million can do back in South Carolina, so this is really life-changing.

“Children are children, young people are young people, Everybody deserves a bright future, and many of the children here never would have a bright future without the generosity of United Methodists in South Carolina. You can see that hope in the eyes of the people here; they have hope for a new life and new opportunities for their children.” 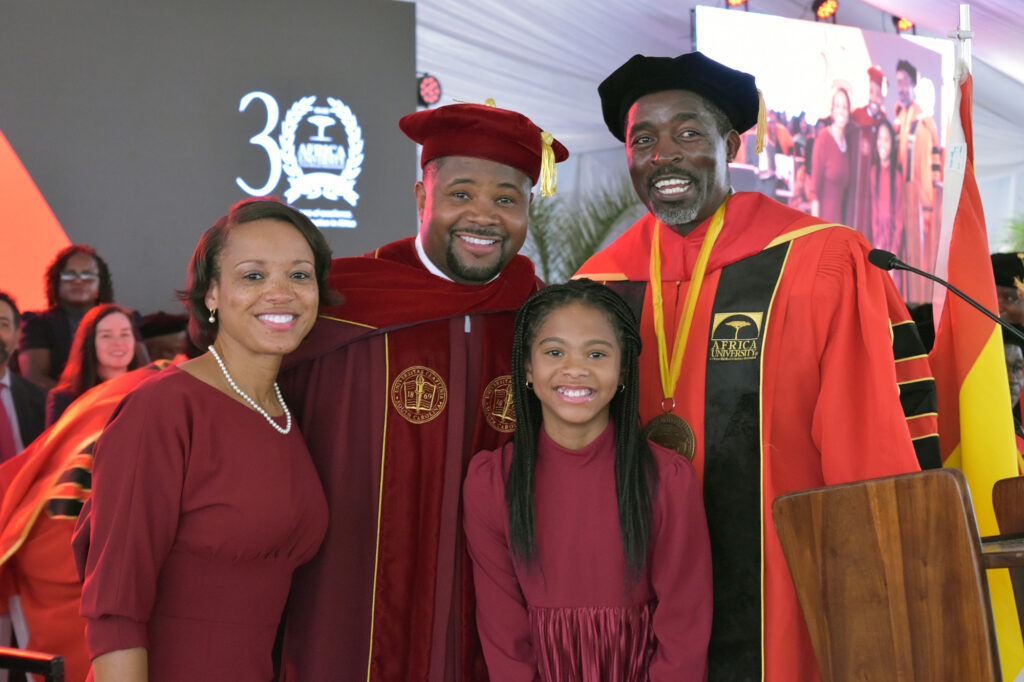 Claflin President Dwaun Warmack and his family participated in the 30th anniversary activities, during which he declared the extension of Claflin’s relationship with Africa University to include both a forthcoming collaboration on student services, as well as the endowment of a scholarship by the Warmack family.

“Together, Africa University and Claflin University will continue to do transformational work to make this world a better place,” Dr. Warmack said. “We are looking forward to forging this partnership in years to come, and we know that over the next 30 years, eyes haven’t seen and ears haven’t heard what’s going to happen here at Africa University.

“We don’t get anywhere by ourselves, so the importance of supporting each other in the spirit of educating black and brown kids who deserve, but oftentimes do not get, an opportunity. As a historically black university founded 153 years ago, why wouldn’t we support a place like Africa University and put our collective minds together to provide a world-class education for all students.” 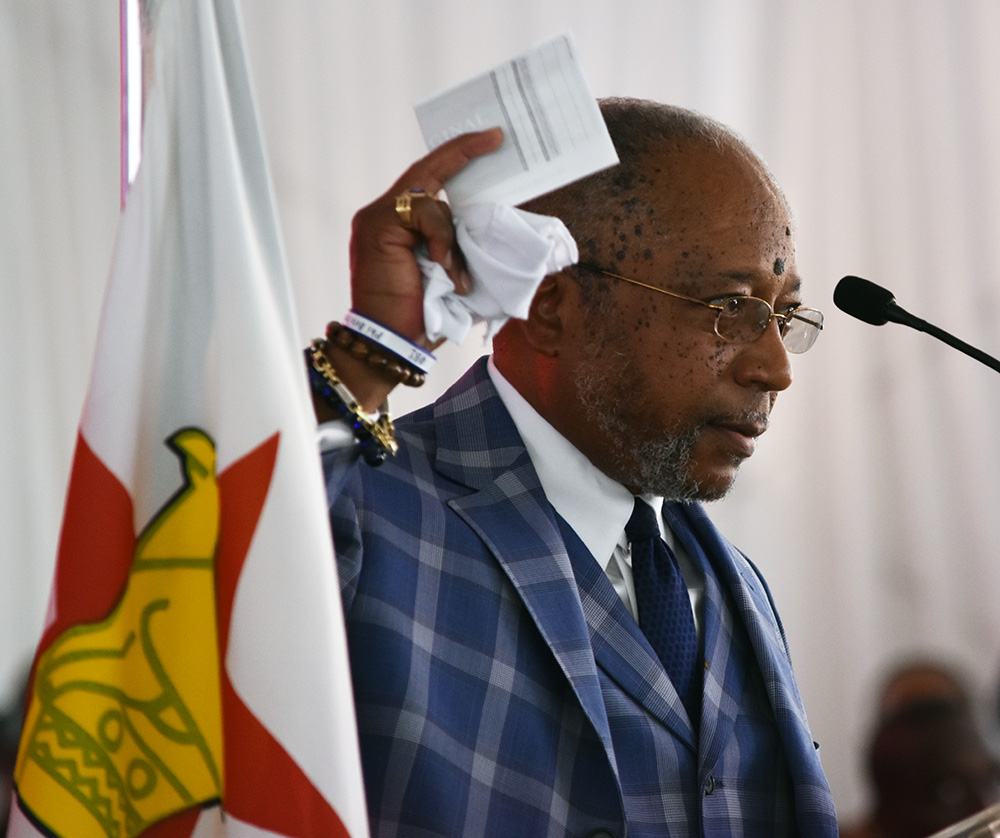 Rev. Elbert Williams presents a gift endowing a third student scholarship at Africa University, this one in honor of his brother, the late Rev. Frank Williams Jr.

The Rev. Elbert Williams, pastor of Ebenezer UMC, John Wesley UMC and Sandy Grove UMC in Lamar, first visited Africa University with Bishop Holston nearly a decade ago. Since then, he has donated a total of $20,000 to endow two scholarships – one in honor of his late mother, Magnolia Robinson Williams, and the other in honor of his late father, Frank E. Williams Sr.

During the 30th anniversary celebration, Rev. Williams announced that he would be donating $10,000 more to the school in honor of his brother, the Rev. Frank E. Williams Jr., who died in October.

“When I visited in 2013,” Rev. Williams said, “I was motivated by what I saw – by the hunger, by the thirst of the children here wanting to get an education and go back and change their environments.” 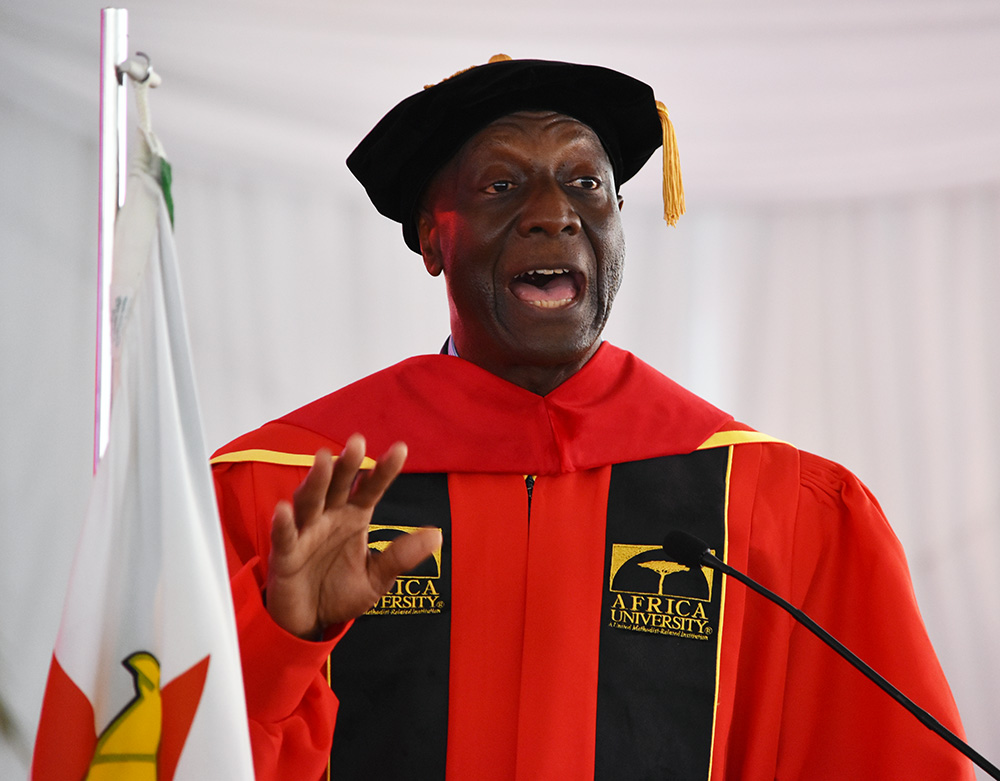 James H. Salley, president and CEO of Africa University (Tennessee) Inc. and associate vice chancellor for institutional advancement, was recognized during the celebration with Africa University’s Pioneer Service Award, recognizing more than 30 years of devoted service to the school.

“Africa University does not exist to be an island unto itself,” said Salley, a South Carolina native and longtime member of Edisto Fork UMC in Orangeburg. “We exist to invest in people – students, as well as the local community.

“Societies become great when old men and women plant trees under whose shade they know they will never sit. We thank the people of The United Methodist Church, we thank Bishop Holston, and we thank the South Carolina Conference for being tree-planters.”