Bishop L. Jonathan Holston, resident bishop of the South Carolina Conference of The United Methodist Church, has appointed the Rev. Telley Lynnette Gadson as superintendent of the Hartsville District. 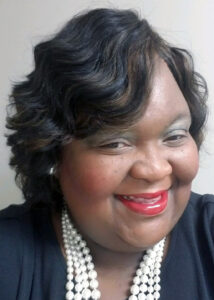 Rev. Gadson, senior pastor of St. Mark United Methodist Church in Taylors since 2013, will succeed the Rev. Dr. Robin Dease after the 2021 Annual Conference. Rev. Dr. Dease has served the Hartsville District as superintendent since 2013.

Rev. Gadson was born in Hollywood, South Carolina, and graduated from the University of South Carolina in 1995 with a bachelor of arts degree in political science, minoring in religious studies.

She was ordained in 2002, after her graduation in 1999 from the Candler School of Theology at Emory University with a master of divinity degree with certification in black church studies. In addition to her appointment to St. Mark UMC, Rev. Gadson has served St. Matthew UMC in Taylors, and Mount Zion and St. Mark UMCs in Sumter.

Rev. Gadson has been a member of the national Black Clergy Women of The United Methodist Church, serving as its president from 2013 to 2017, and is the author of “African-American History Month 2016,” a book of daily devotions published by Abingdon Press. She also has served on the Board of Trustees of the South Carolina United Methodist Advocate.

Rev. Gadson enjoys traveling and spending time with her family and friends. She is the daughter of Herbert Gadson, the first black mayor of Hollywood, South Carolina, and Linda D. Gadson, former executive director of Rural Mission Inc.­­